Laguna de Guatavita, one of the fabled locations of El Dorado, was once filled with with Gold and Emeralds. The small lake in a crater was considered sacred by the Musica people who left offerings for their Gods. Today its easily accessible from Bogotá by bus or car and for the more active there is a 7km hike along country green country roads to the entrance. The park is well maintained by CAR and their knowledgeable guides will take you on an extensive tour of the national park giving you detailed information on the history of the laguna.

If you are looking for some introductory hikes close to Bogotá check out my guides to Pionono National Park and Chicaque Park.

A very brief history – Once the Spanish found out there were riches they attempted to remove the gold. Over a 400 year period many attempts were made including the British who successfully managed to drain the lake but the sediment at the bottom dried under the hot sun, setting like concrete, and it became impossible to dig. You can now see much of the treasure on display in the Museo de Oro in Bogotá.

I returned to Colombia in May 2019, after spending 4 months, living and working in London. In my first week here I put together a list of all the places I wanted to visit and Angela and I have been slowly working through them joined occasionally by Lorenzo, 4, who can not only spot a cow from a mile away but most importantly he tells you too. Every time. Just in case you missed it. Actually joking aside the kid has an amazing hiking ability and outpaces a lot of adults.

Our first hike was up to Monserrate in the pouring rain, I couldn’t take any photos due to the rain, but we returned a few months later and you can read about it here. Soon after I realised it was a vacation day in Colombia so I suggested we take a day trip out the city and the thought of hunting for gold was too good an opportunity to pass up.

We went to Terminal Norte to get a bus only to be told that they left from Portal Norte, a Transmileno stop a little further south. We were able to flag one down from the AutoPista, the huge road running north to south through Bogotá, but I would advise heading to the Portal. From here it is around an hour journey north of the city. We had decided to make a hike and I found, what I thought, would be a 7km trail from the main road to the largo. Turns out it is a small road with passing traffic. The drop off point is north of the town Guatavita itself and from here you can take a bus to the largo should you want.

We started walking along a gentile incline which continues for the duration of the journey and there are lots of cows and other farm animals to look at on the way. 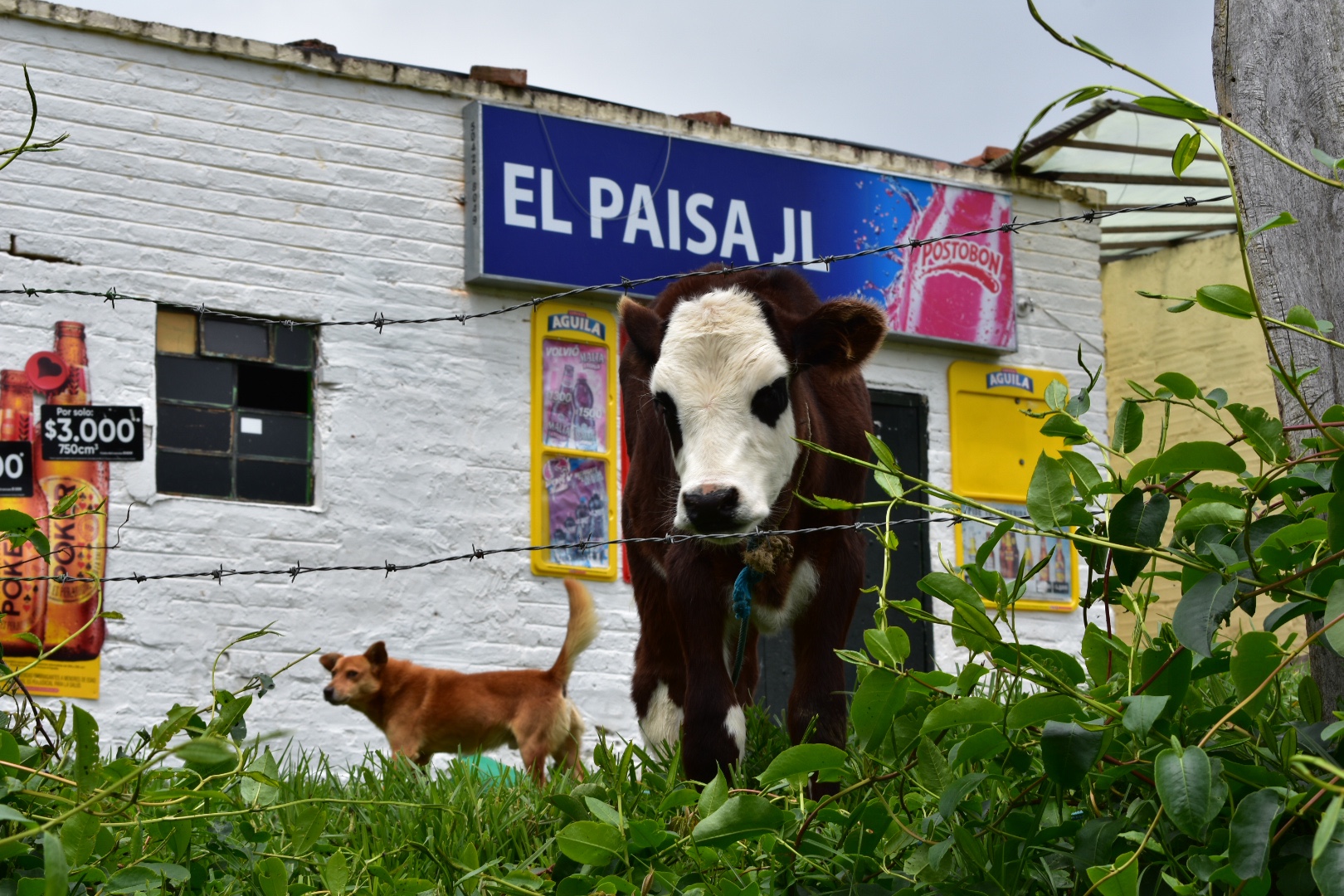 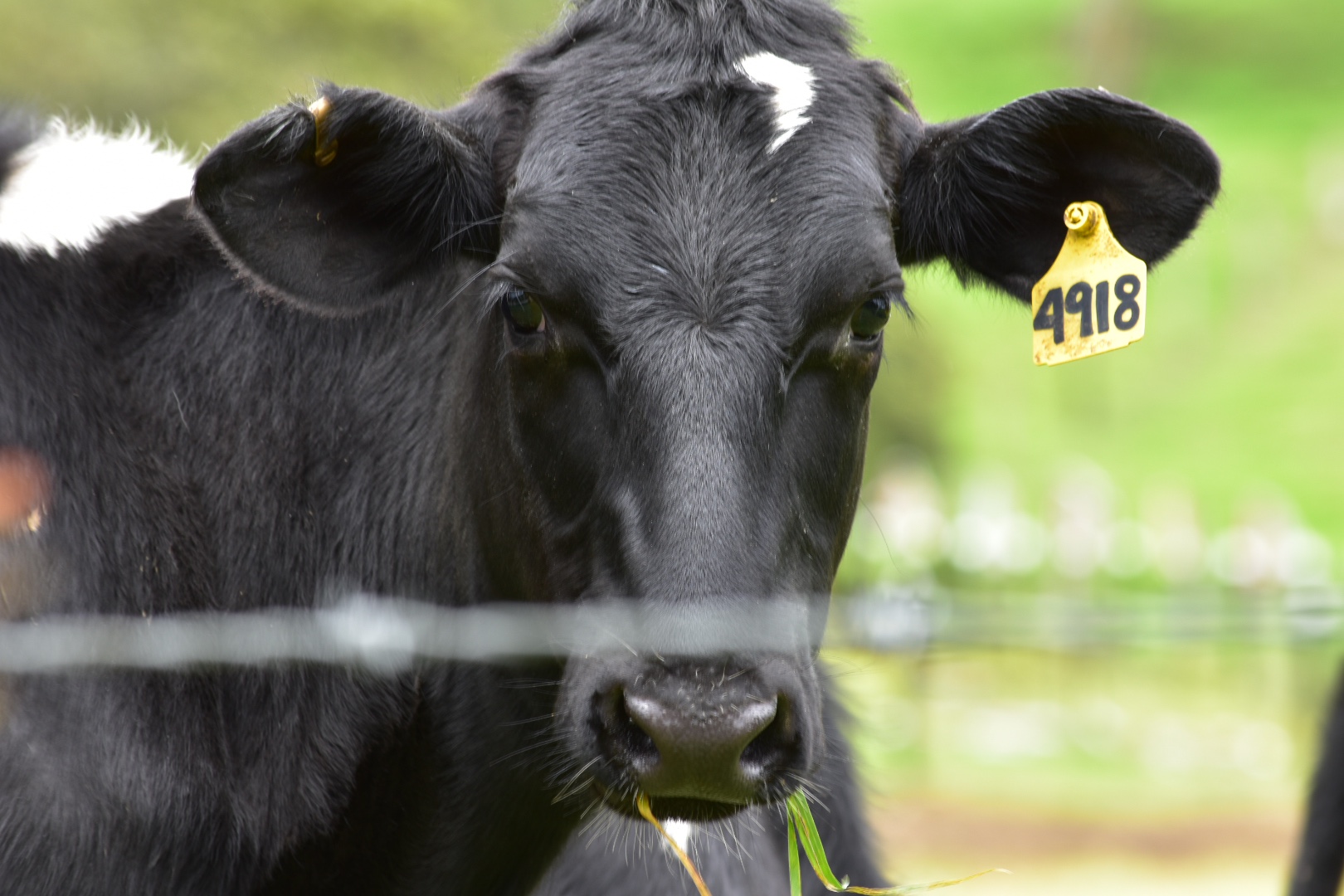 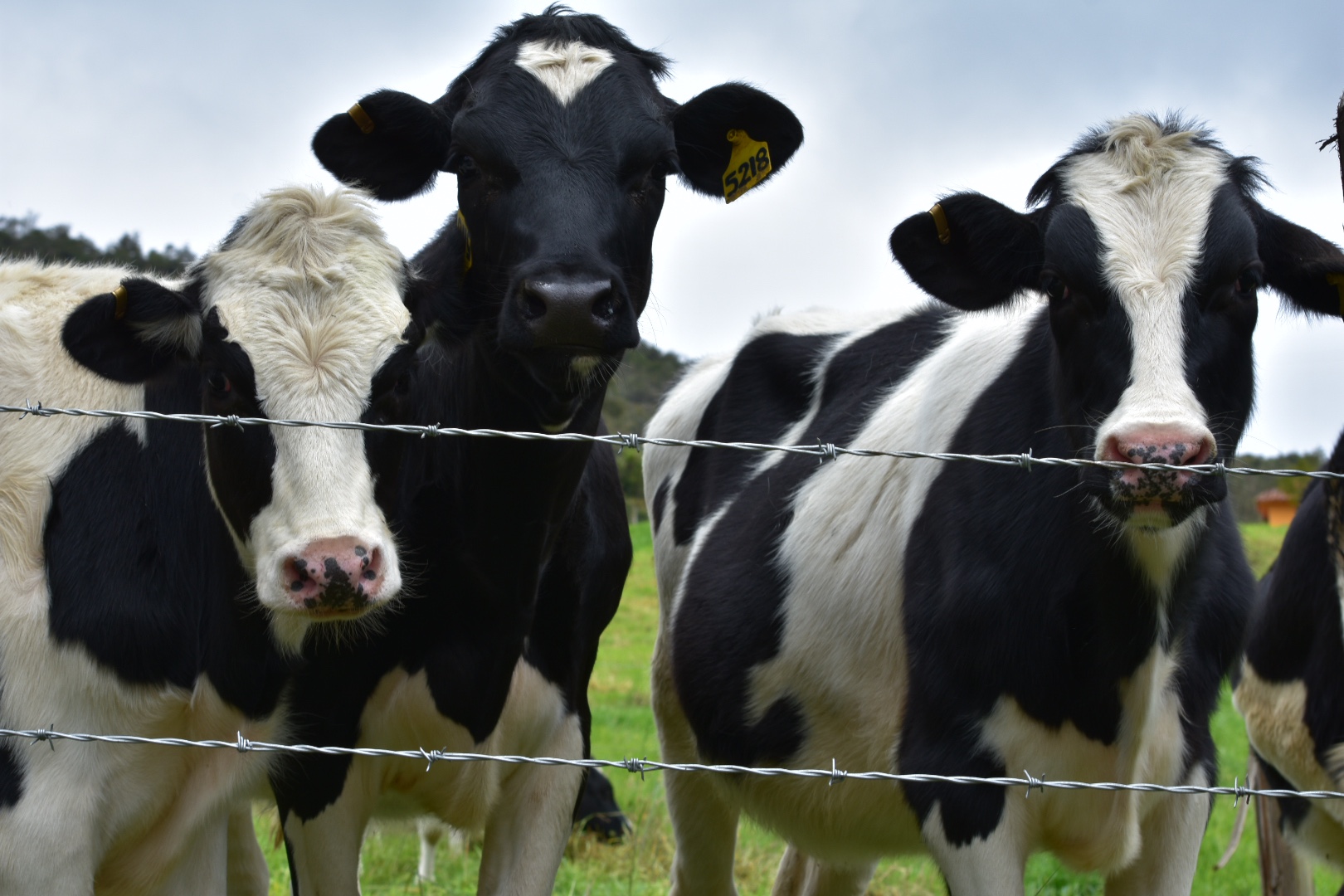 The trail takes you from around 2400 metres ending up at 3000 metres but as its over 7km is there is nothing too challenging. Just enjoy the lush green valleys, although sadly for us it was another grey day and kept trying to rain but never quite made it. There are also huge sings pointing you in the right direction and telling you the distance. Do follow them as when you get to the lake its a one way system and my map would have taken us to the exit which would have been a little annoying. 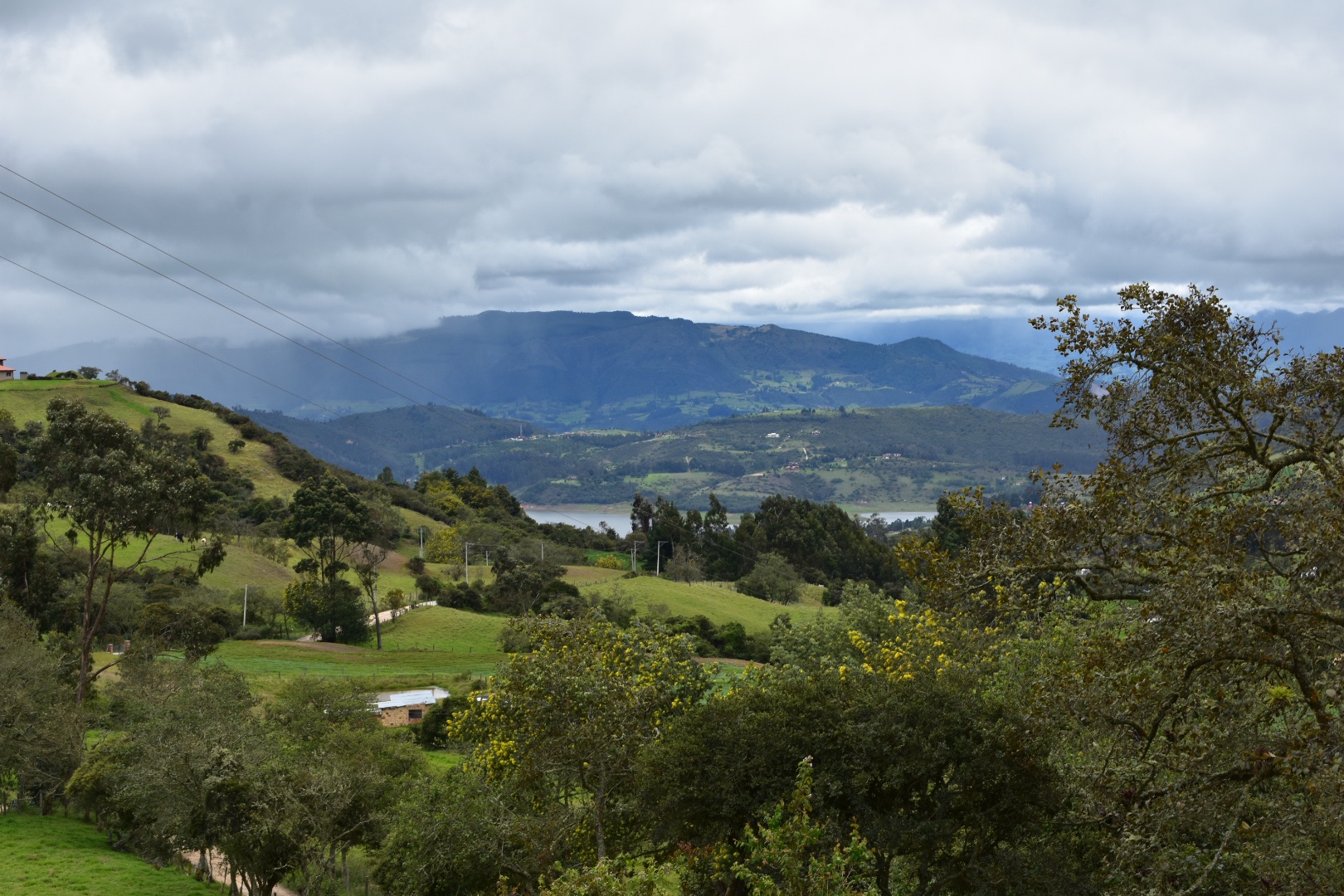 After around two and a half hours of walking, which was not a bad time considering we were with a 4 year old, but he was spurred on by the biggest bag of crisps he had ever seen in his bag. When you get close to the lake you will come across a car park and then an entrance to the National Park. Entrance costs $12500 for nationals and for foreigners $17500. You can find up to date pricing information on the parks website, but currently the 2019 prices are still listed.

Once inside there are bathrooms and you can buy some basic food and snacks. We ate our lunch while watching a couple of the tours leave. The 2 hour tours go every 20 minutes and being on a tour is mandatory which sadly means that you are not allowed to explore the are on your own. I was a little disappointed because I had been let to believe the lake would be a little remote and that no one else would be there and instead I found myself on a large group tour.

However the guide is really informative and does give you a lot of information including the history and there are some interesting stories and information. We felt the tour was a little long, especially when you have a tired 4 year old who just wants to play with bugs. But its worth the wait as the views across the lake are are stunning and the sun came out of the clouds for a little time after we arrived. 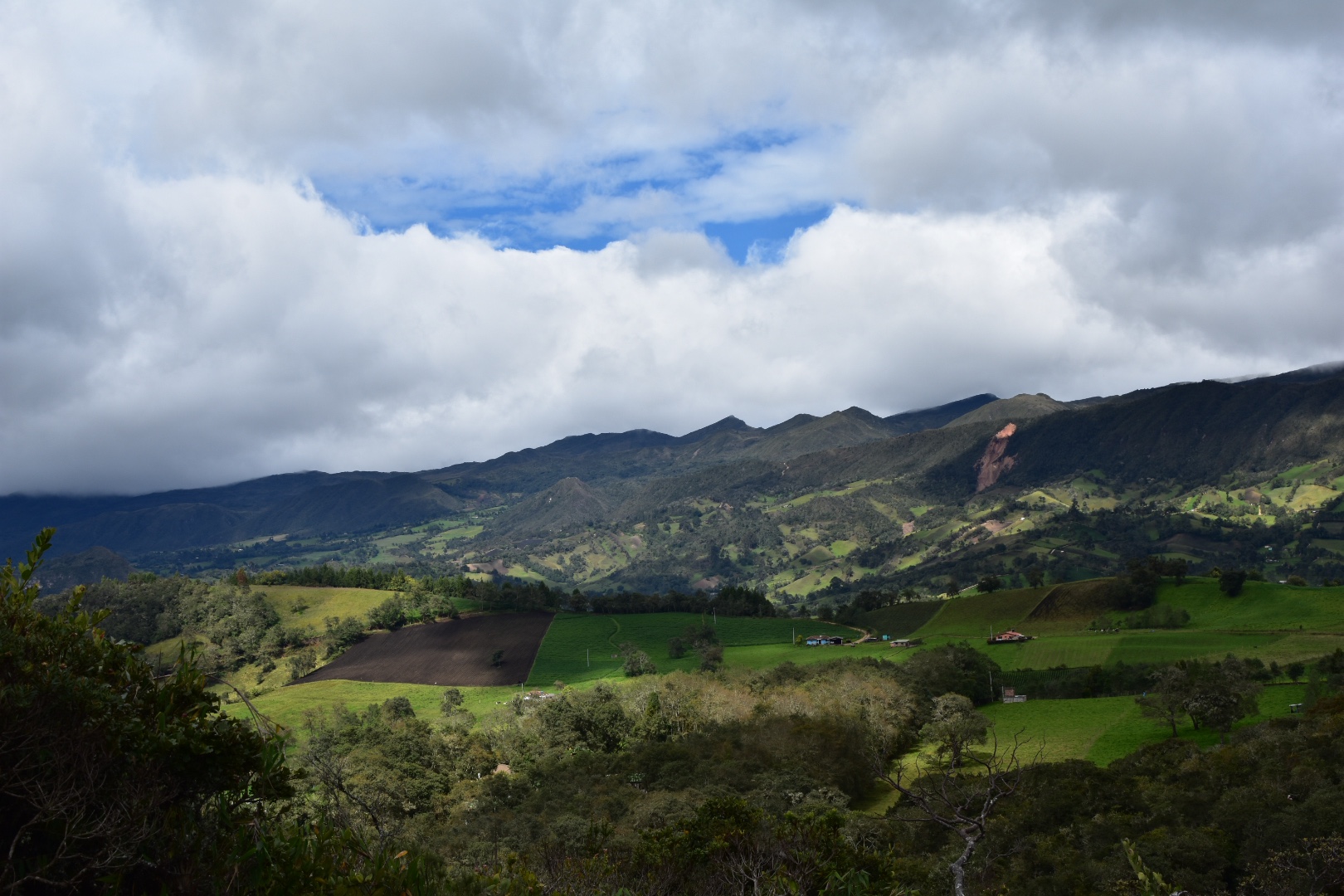 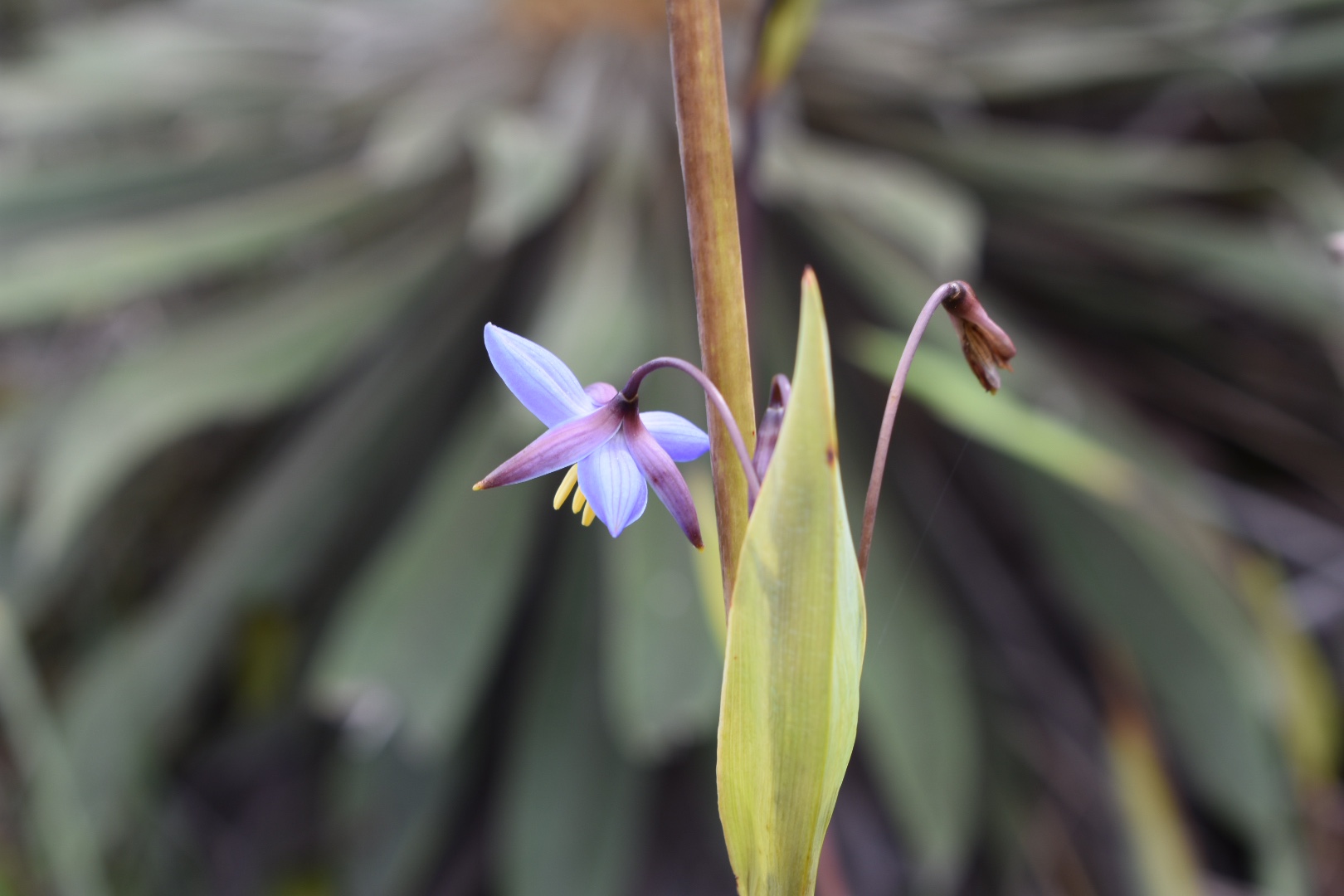 And here is the fabled lake. The water level is much lower than it has been in the past due to the various attempts to drain it to retrieve the gold. 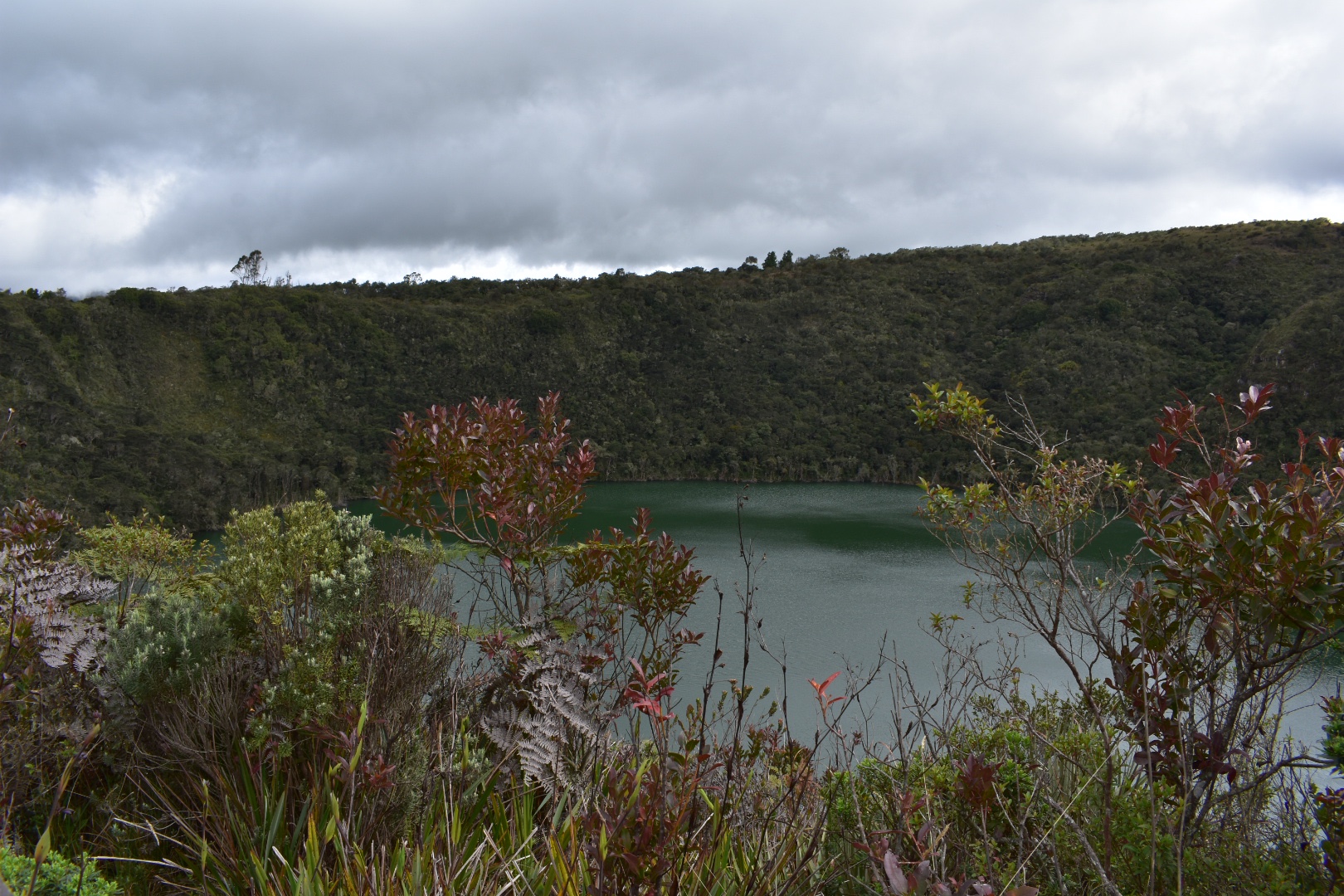 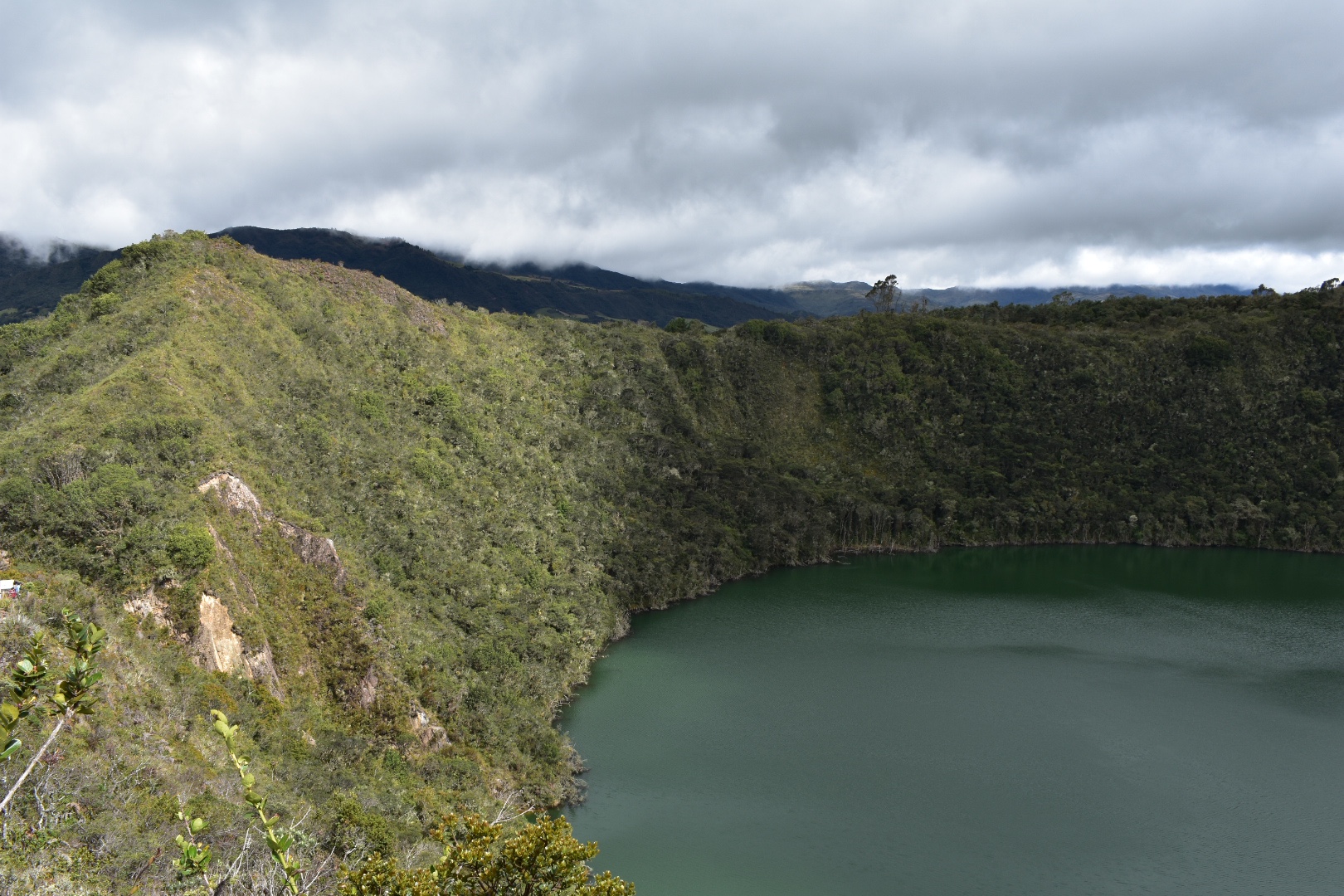 After you walk around the lake there is a short walk to the exit where you can look across the valleys.

The exit is in a different place to the car park so you have to get a bus back to your car, if you drove or of course you can walk. There are a fair amount of stalls selling food and souvenirs. While waiting for the bus I decided to pap this chicken who was cleaning up any dropped food. As chicken models go she was good. 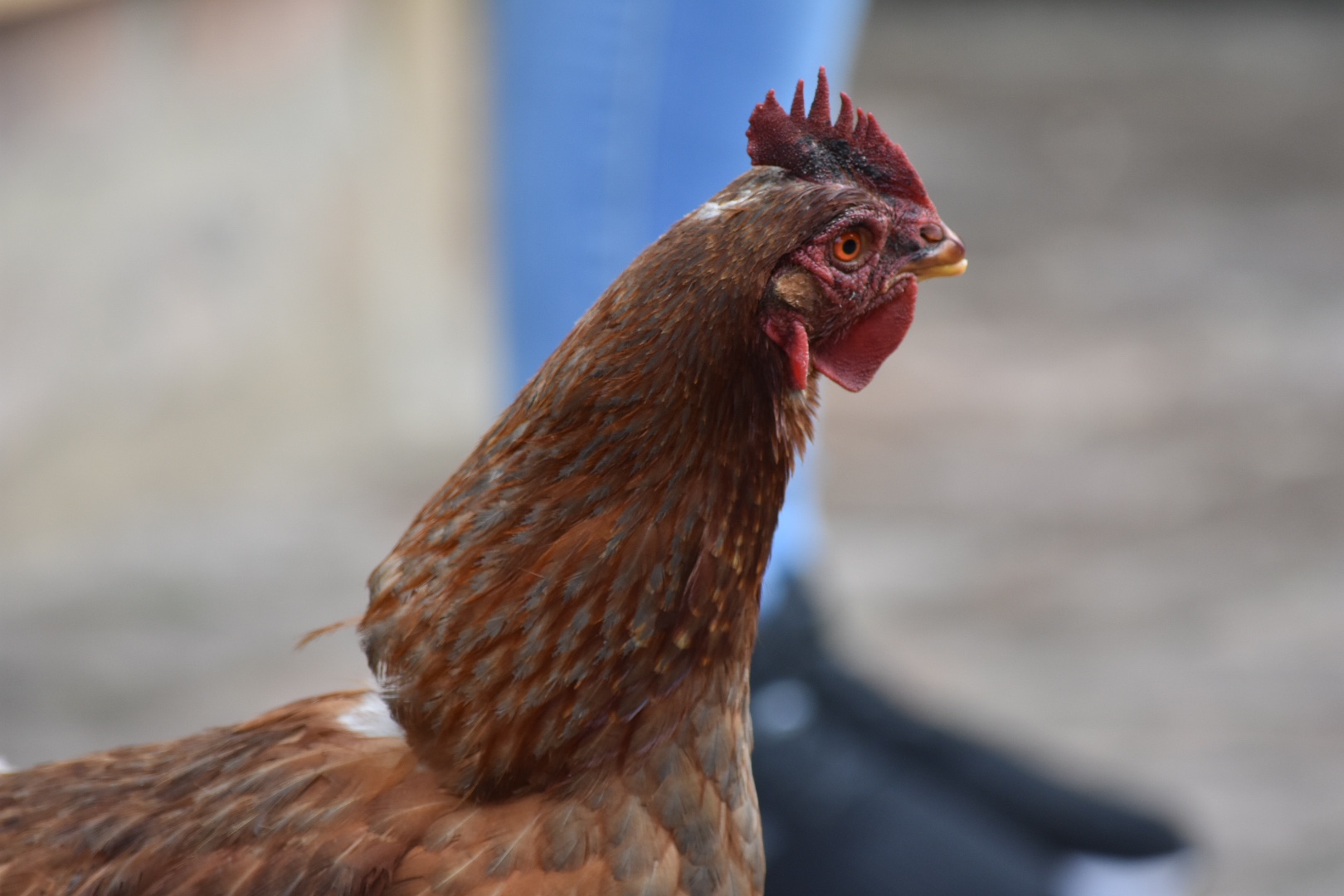 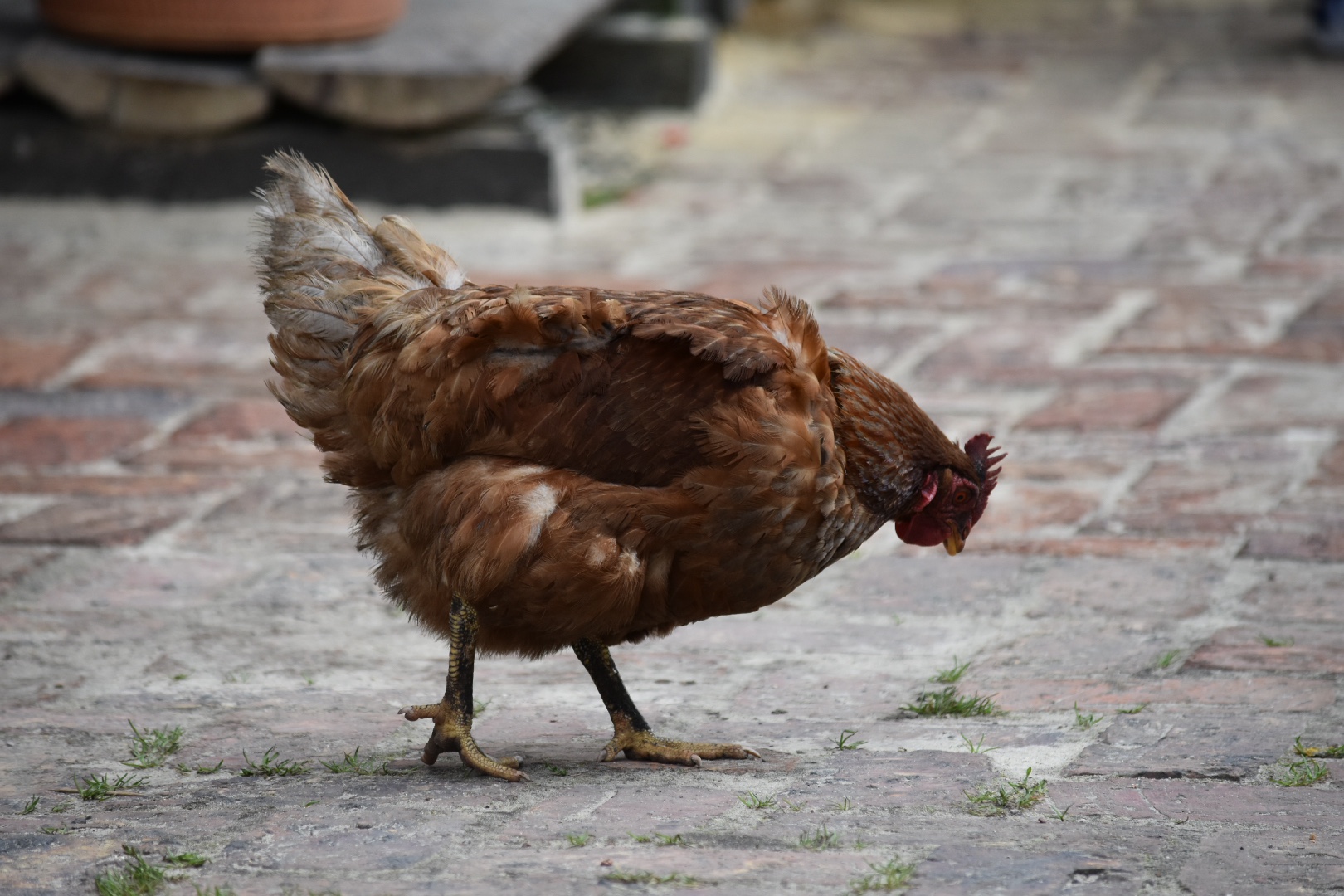 The busses have different colour tickets that you will need to by and they leave when they are full. The one to the road was filled with gringos and was $2000 per person. We would have walked the return leg but Lorenzo was asleep at this point and we felt he had done enough as the crisps had been long eaten by this point. The bus dropped us at the same spot we had arrived in the morning, except this time there were a large group of people. After waiting at the main road for a short time we flagged down a bus headed to Bogota, which was $8000 for the return journey and us directly back to Portal de Norte and form there we took a bus home. It was a nice little excursion out of the city and a good test of Lorenzo’s hiking skills. Maybe not the first place to go as a tourist but the lake has some nice stories and its a good way to get used to the altitude.

You can easily drive straight to the laguna in a car, as most people did, or for the more adventitious take a cheap bus from Bogotá, they run all the time from Portal de Norte. When you arrive at the Portal find a bus headed to the town of Guatavita, which should be around $8000 each way, and tell them you want to go to the Laguna. Don’t go all the way to the town. Just outside of Sesquilé there is a turning off the main road and they will drop you in the road where, if you want, there are mini-busses to take you up to the lake for around $2000 each way or you can walk the 7km as we decided to do. Its not the nicest walk as its all along a small road which is frequented by cars but the views are stunning. At the end of the tour you can take the same bus back to the main road and then flag a bus too return to Bogotá, dropping you in Portal de Norte.es

Entrance costs $12500 for nationals and for foreigners $17500. You can find up to date pricing information on the parks website, but currently the 2019 prices are still listed.  The two hour tours leave every 20 minutes and this is the only way to explore the park. If you decide to go direct to the park then really there is no hike.

If you are heading straight to the park then you cna just wear normal clothes and trainers, the walk in the park is short but as this is near Bogota I would suggest rain gear. If you are walking for the 7km from the main road I’d suggest bringing the following:

I hope you enjoy your visit to Guatavita and have more luck finding gold than we did. If you enjoyed then do check out my guides to Pionono National Park and Chicaque Park which both have introductory hiking trails and are both close to Bogotá.