We arrived back in Sucre and I quickly brought a new iPhone charger and supplies before heading back to the hostel to rest. I was shown to a dorm room where I appeared to be the only occupant so I collapsed on the bed and relaxed. The next day I decided to head to Samaipata and brought a ticket from the bus station, I was again herded into using a company I wasn’t entirely happy with but i don’t sleep on night busses and it was cheap so as long as I go there I suppose there wouldn’t be a problem. The bus left at 6pm which is earlier than I thought so I set out finding some wifi for life admin and replacing some more of the things that I’d realised I’d lost, like nail scissors.

The café I chose for it’s mirador view over Sucre, was full of couples, the food wasn’t great and the WIFI sucked. I went to a place I’d been previously and spent the afternoon working. I realised at this point i was quite happy to leave Sucre. It’s a really pretty city and a great place to relax, if that’s why you want, and I’ve met people who have spent weeks doing just that but there is not a whole lot going on. After the café and the okay Thai meal I’d had the night before I decided I’d made the right decision.

I went back to the hostel to collect my things and arrived at the bus station in time for the bus. There was a lot of chaos at the office where I brought my ticket but I wasn’t transferred this time and the guy who would be looking after us on the journey showed me which bus to get on. Aboard and with everything loaded I realised I was the only passenger with no one sitting next to them must be because I’m a gringo. Still at least I wasn’t one of the people left behind at the rest stop. The bus pulled off with half the people missing. We managed to stop the bus so that most of them got on board but a guy behind me never returned despite his bag still being on the seat. Again the diver was told but didn’t seem to care.

This is probably the bumpiest road I’ve had the privilege to experience and that is saying a lot. There are a lot of cars here but I have a feeling that people tend to stick to the cites as they are far apart when you account for the state of the roads and it’s not a fun drive. I had been told that I would arrive in Samaipata at 6am but I found myself watching the bus drive off at 3am. I was in a town I didn’t know and all I can say is I’m so happy I travel with a phone and a map. I had pre-booked, another reason I do this and told them I would arrive early but myself and the hostel did not think it would be this early. After a few rings of the bell i woke up the manager and was shown to an empty room so at least I got some sleep.

I hadn’t checked the weather as Samaipata is so close to Santa Cruz, where the temperature is normally between 30-40 degrees, I felt I didn’t need to. I was a little sad to wake up to think freezing fog and drizzle. I quickly realised that today was going to be a write off and checked the weather for the next few days. It really didn’t look good! There was a lot I wanted to do here and it looked as if it was all going to go wrong. I toured the agencies in the morning and booked myself on a trip to Amboró for the Saturday as the next day i decided to hike to El Furte.

I decided to go with the guidebooks advice for linch and had a delicious steak sandwich. I then retreated to my room to watch Netflix and after went to an Italian restaurant and had one of the most delicious spaghetti dishes I’ve ever had. Maybe because it’s my first pasta dish since I arrived but it was really needed. The food is actually amazing in Samaipata and it really cheered me up. 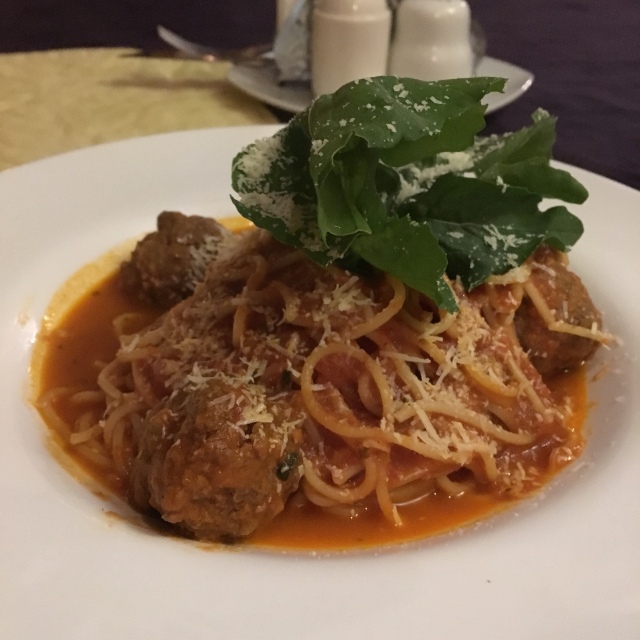 El Furte is a pre-Colombian fort at the top of a mountain in a strategic position. I won’t tell you about be history as it’s not my style and why bother when Wikipedia can tell you all you need to know. The fort is about 10km outside of Samaipata and I’d read a fair few blogs about people hiking up and down. The most popular thing seems to be to take a taxi to the top and hike back down but I was in need of a challenge and set about hiking the lot. This resulted me walking about 24km that day.

The hike there is not particularly hard, the first 4km is pretty flat and then the rest is mostly uphill. The same with any hike the last km is the hardest. I set off at a good pace and made it to the top im 1 hour 40min which I think is good, but it’s along a road so it’s not hard terrain. I would say that it’s not the most exciting hike I’ve ever done and the first part is just along the main road so it’s probably a really good option to just walk one way or get a taxi there and back.

I didn’t take a lot of shots along the route as despite the weather being warmer and no longer being in a cloud the sky was still pretty grey and despite what anyone says life does not look as good with a grey blanket getting in the way of the sun. Some of these shots were taken from the top. 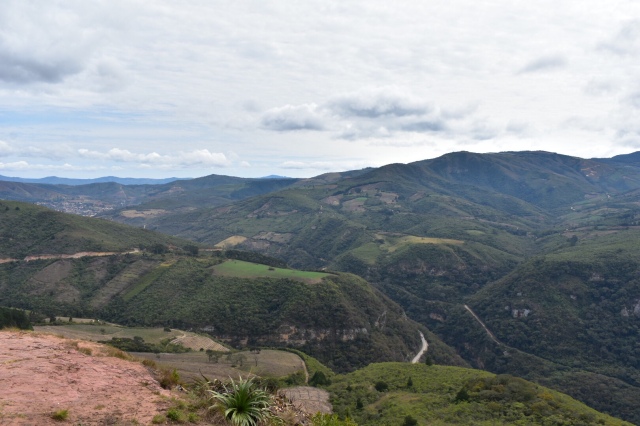 On the way up i saw this message that made me smile.

I was really happy with my progress to the top as I’d walked 10km in 1 hour and 45 mins. I was pretty tired and struggled to walk around the ruins due to fatigue but the point in this really is about how great I am at walking not to see ancient Inca Ruins…oh. I sat at the top and enjoyed my lunch and after dropping a crisp I discovered I was sat far too close to an ants nest. 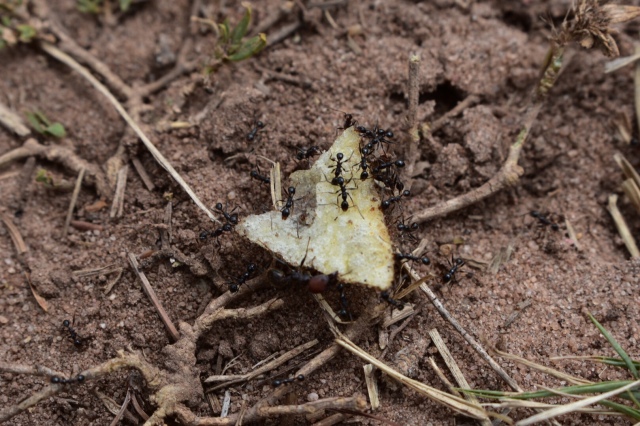 Here is what it looked like from the top. 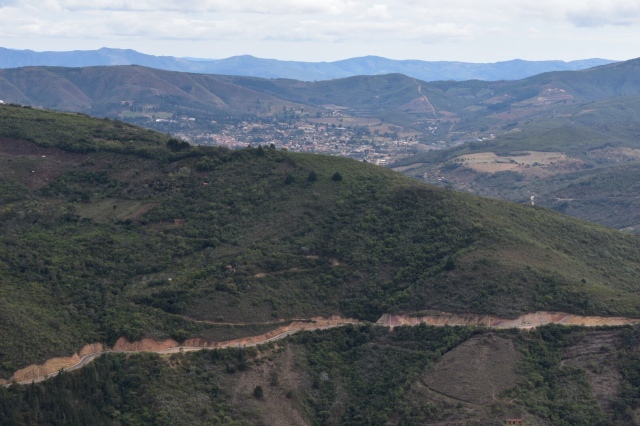 It’s rare to see flowers in this part of the country so I snapped a few that were growing on bushes. 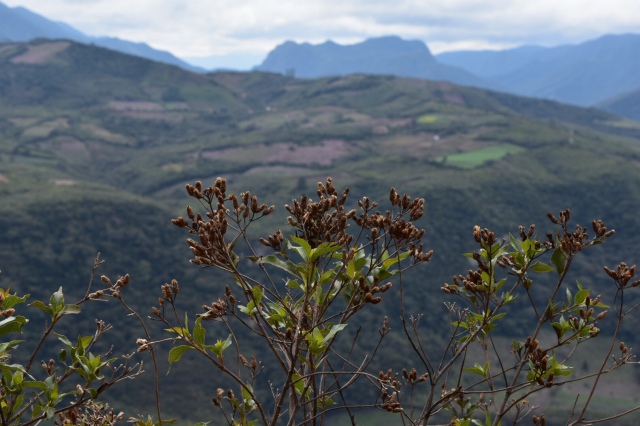 A sign said Eco Chamber. I assumed that this meant that if I shouted I could hear an eco. Either someone was playing a prank, this sign didn’t mean what I think it does or I’m really bad at shouting as I didn’t hear any echos.

After walking around the top and seeing more views I headed towards the ruins.

As I was by myself I decided not to hire a guide as it was expensive for one person. However this meant that I didn’t really know much about the ruins. I can confirm that in these pictures are where people used to live, sleep, eat and do general people things. It’s after writing a sentence like this that I really think I need to do some research when I get back but hopefully you are here just for the pictures. 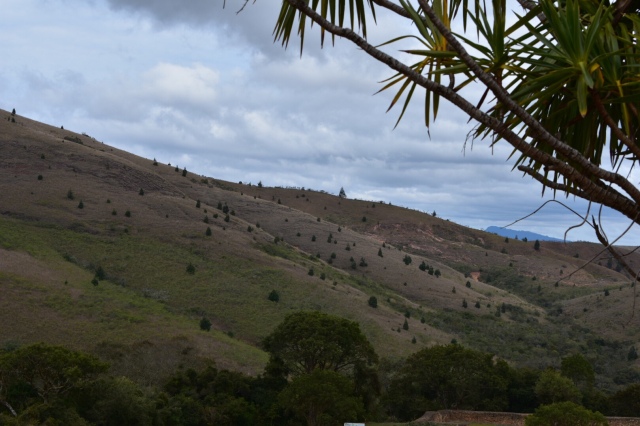 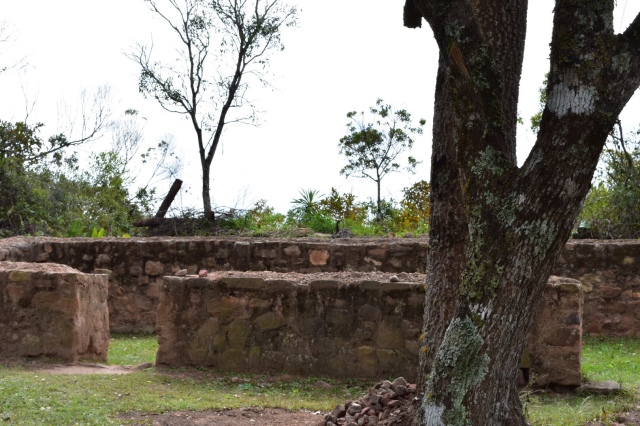 As mentioned above one of the main reasons for visiting the fort is that it has beautiful views of the surrounding area. Although hampered by the weather I think you can see the beauty in the pics and hopefully if you ever visit you will have better luck with the weather than I did. 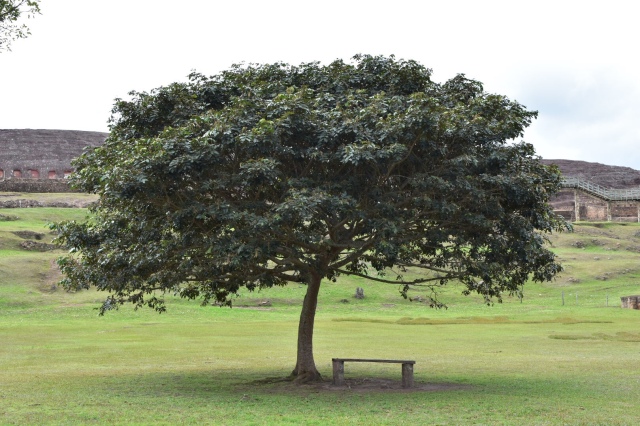 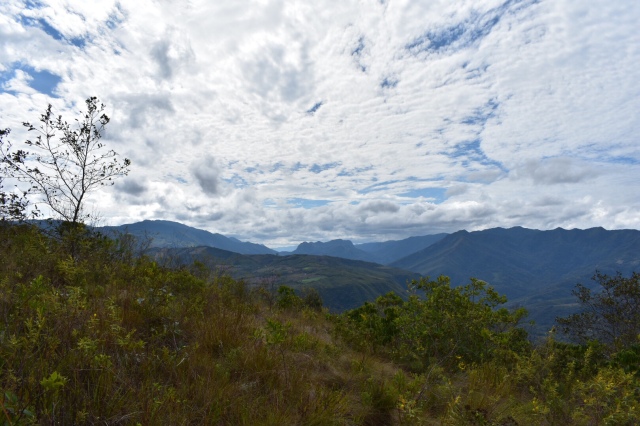 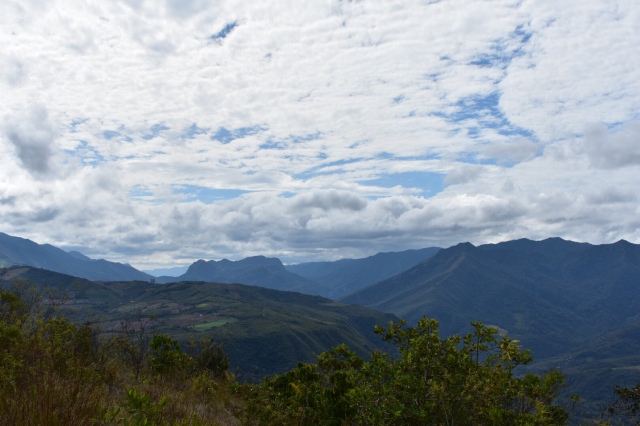 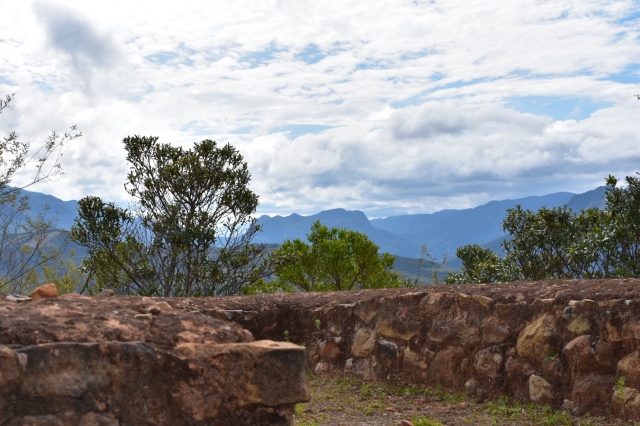 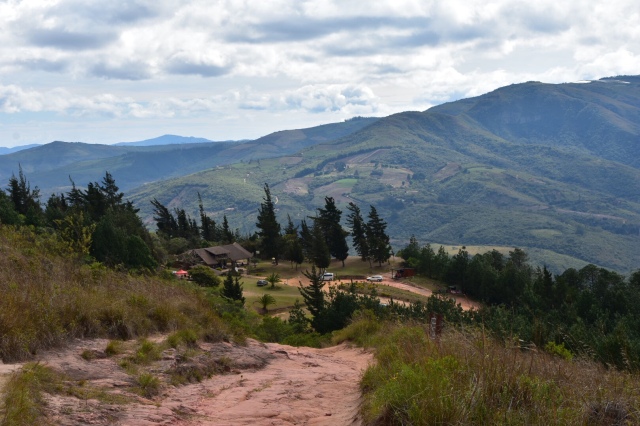 As I was leaving the sky’s cleared a little and I took these shots. 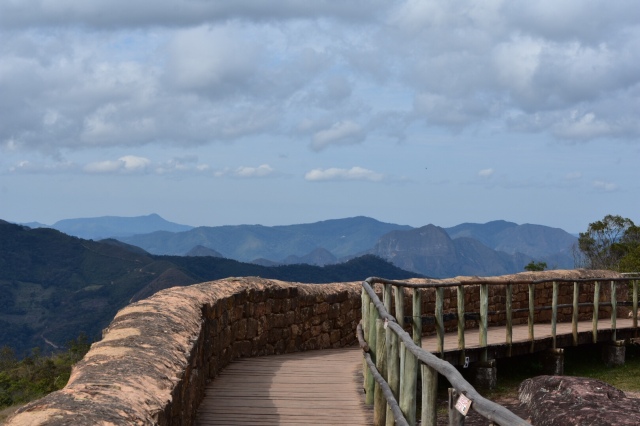 On the way back I passed some chickens in the road. For some reason this guy really started panicking as I tried to take some pictures of him. He ran all over the road but he did enable me to get some good shots. 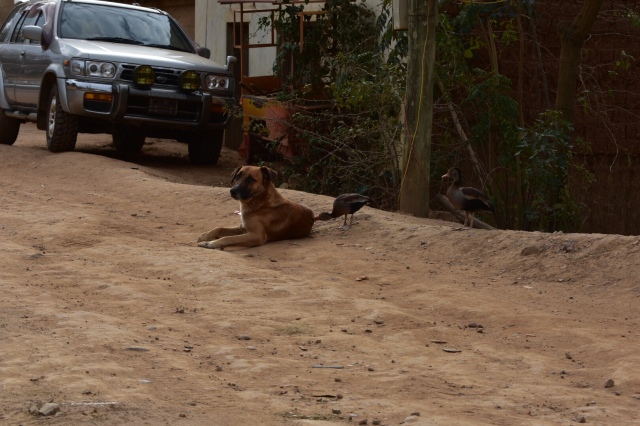 I returned to the hostel and collapsed after walking the better part of 24k. I got talking to the German girl who was also in my room and she invited me to dinner with some of her friends she had met that day. She had a crazy day as she managed to get on a tour to Amboró, where I was due to go tomorrow, and went to El Furte in the same day. It was a nice evening and I had an interesting take on Lasagna.

The next day I awoke to torrential rain. My tour was cancelled and I was fed up with being cold and wet. Knowing I had friends in Santa Cruz I decided to call it quits and headed out on a trufi for the three hour journey.